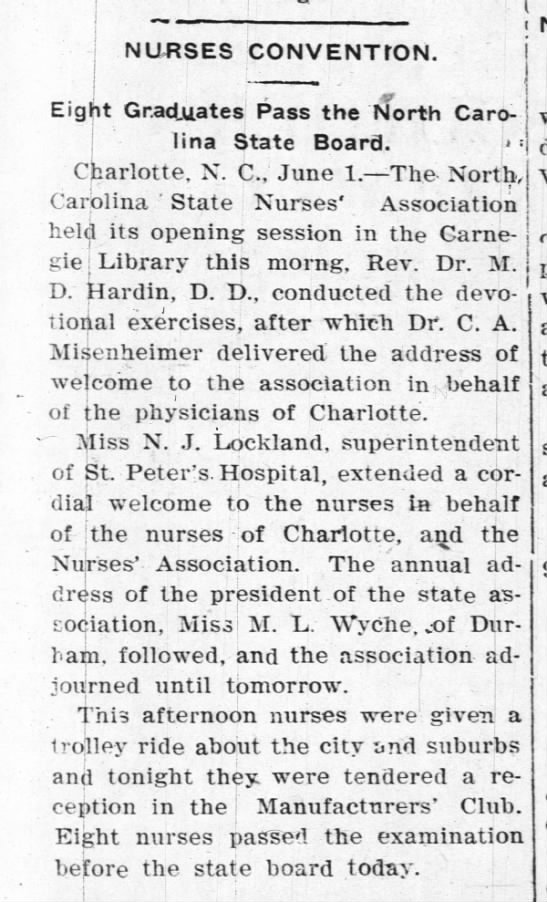 A new biography of Thereasea Delerine Elder, an African American nurse who was born and raised in Charlotte and worked at Good Samaritan Hospital and the Health Department after graduating from Lincoln Hospital School of Nursing in Durham in the 1940s is out!  Here is the reference:

According to Kratt’s Charlotte, Spirit of the South, in 1862, Charlotte’s location on three rail lines resulted in Wayside Hospital, for the care of the sick and wounded soldiers going home and returning to the army. By 1863, extensive hospital buildings for several hundred patients were built by the Confederate government on the fairgrounds, a mile from town. By 1865, wounded soldiers in Raleigh and other cities threatened by Sherman were moved to Charlotte… The large school building vacated by the North Carolina Military Institute was used by Confederate officials as a medical laboratory. Late in the war, it also became a hospital, with Miss Maggie Graham as head nurse.”

Information about Carolina's Medical Center and the Charlotte Memorial Hospital School of Nursing:

Information about Presbyterian Hospital and School of Nursing:

History of the Presbyterian School of Nursing (PDF)

Information about Good Samaritan Hospital and School of Nursing:


From the state archives in Raleigh:
Good Samaritan Hospital, Inc. (Charlotte, N.C.), Minutes and General Records, 1891 - 1960 - The Good Samaritan Hospital was organized in 1889 in Charlotte under the auspices of St. Peter's Episcopal Church of that city. Operative under the sponsorship of that church until 1960, the hospital is believed to be the first privately-funded hospital in the United States built and operated exclusively for black patients. The collection documents general operation of the hospital through minutes; annual reports; a listing of medical staff and Nursing School (undated single item); by-laws and amendment; certificate of amendment to charter, 1947; reports, including report of Trustees of Diocese, May 1960; records from Diocesan Headquarters, Raleigh [Xeroxed copies of original records in Episcopal Diocesan Office, Raleigh]; and miscellaneous. Dates of the collection range from 1891 to 1960, with annual reports dating from 1892 to 1911 and minutes dating from 1916 to 1953.

Information about Mercy Hospital and School of Nursing: 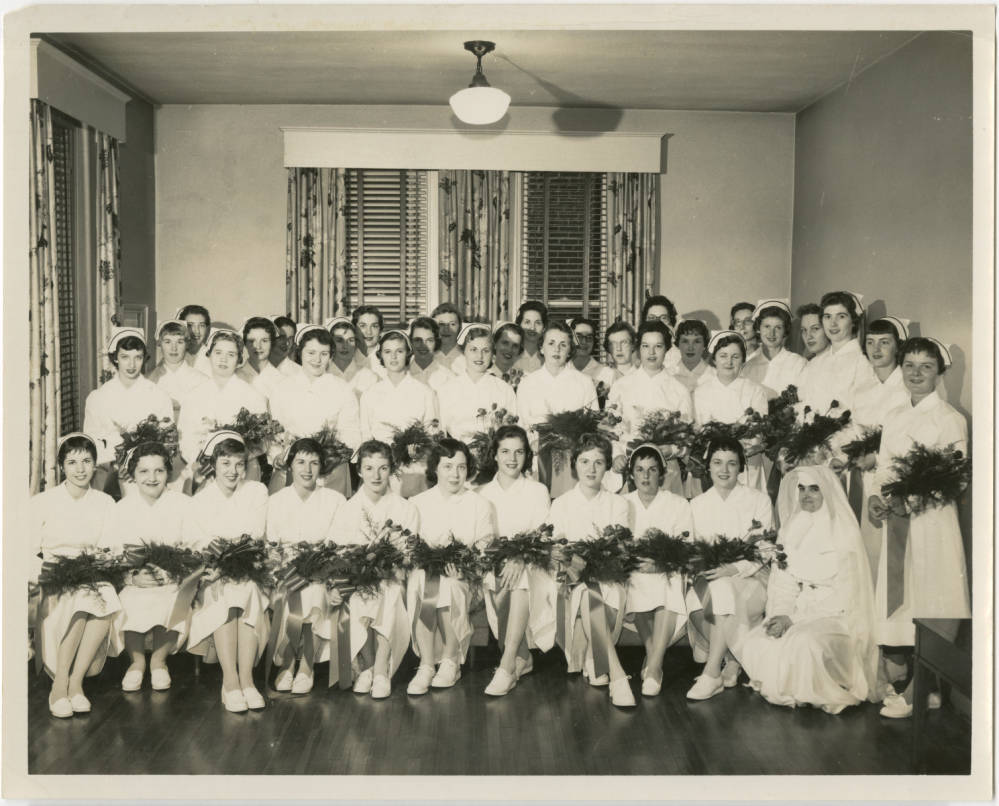 Information about St. Peter's Hospital and School of Nursing:

Miss Bonnie's nurses : the first fifty years of nursing at the University of North Carolina at Charlotte

Information on other Schools of Nursing and Institutions of Health

Harding, H.P. (1966).  The Charlotte City Schools.  Found in the Charlotte Mecklenburg Public Library.  There is information about schools of nursing in the 1960s. 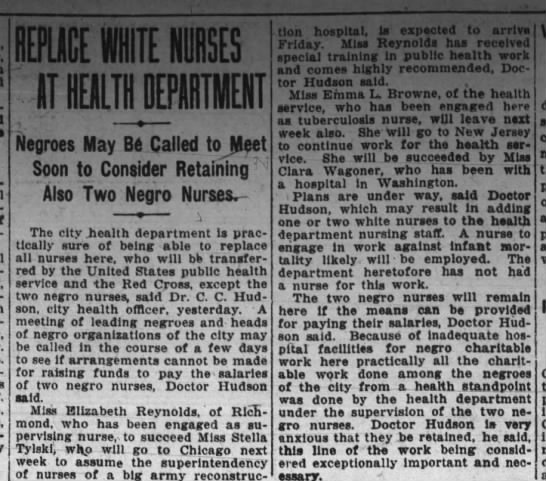 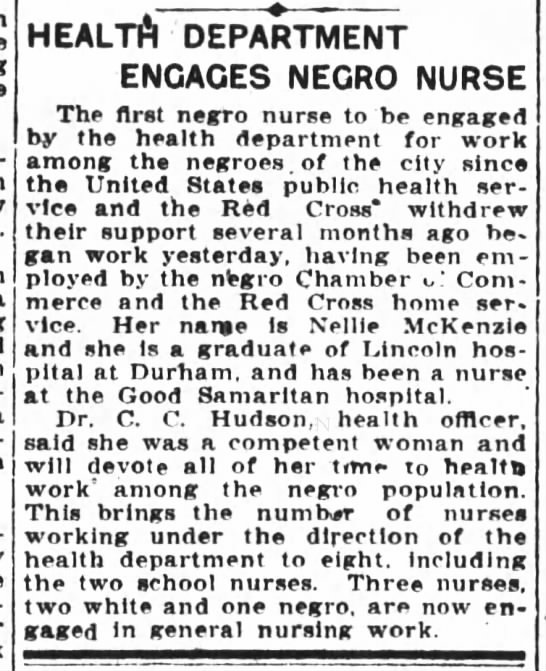 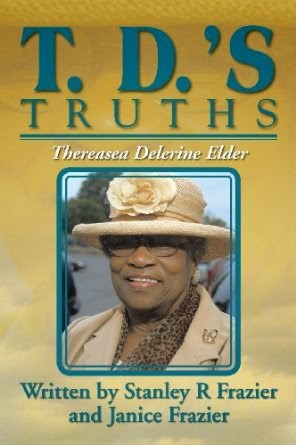 T.D.'s Truths by Stanley and Janice Frazier
In 1962, Thereasea was one of the first black public health nurses to
integrate the white nursing community in Charlotte. 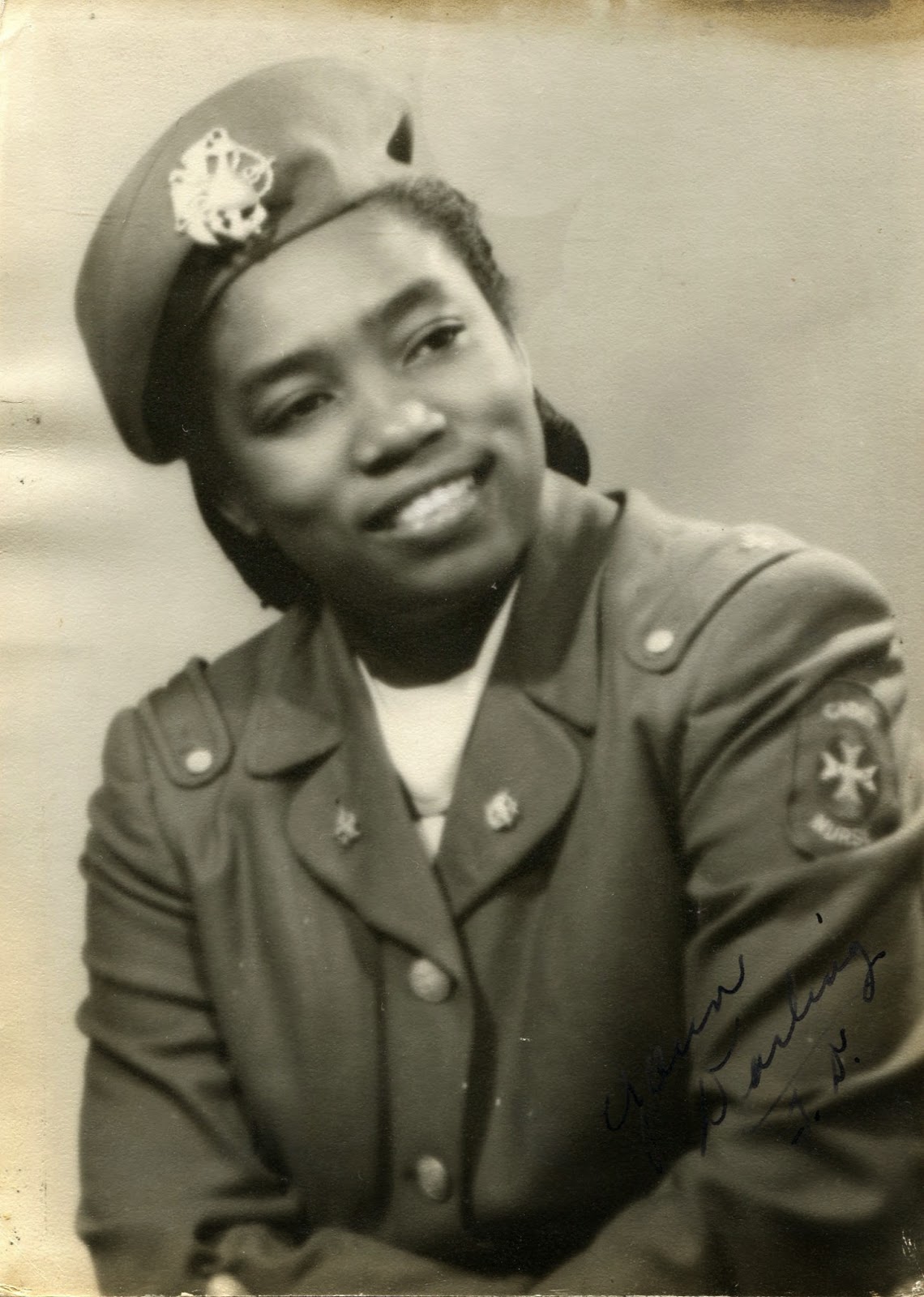 Thereasea as an Army Cadet
in WWII

Thereasea has given me hours of her time answering innumerable questions about her community growing up, what it was like going into a KKK community as a black nurse, and the challenges which Lillie and Kate (my characters in Half-Truths) could conceivably face. One day when we were talking about race she said, "None of us were the same color. 'If you’re black get back, if you're brown stick around, if you’re light and bright you’re damn near white.' This wasn't said in our home, but it was said the streets. Even though everyone was brown and knew in general what that meant – that white blood was there—the specifics wouldn’t have been shared."

Charlotte had a Tuberculosis Nurse in 1913 named Miss Carhart.  She was preceeded by a Miss Hawkins 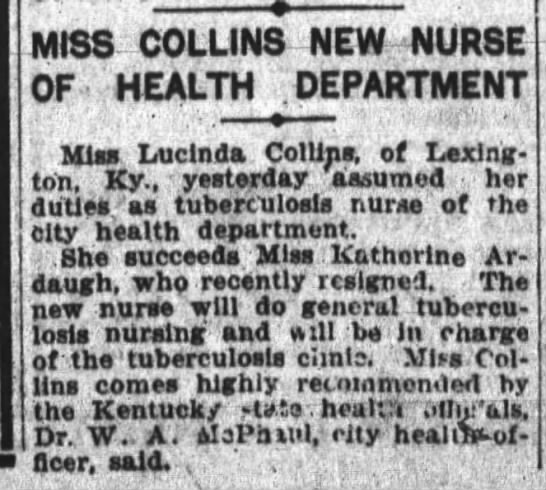 1948 - The first NC chapter of the nursing sorority Chi Eta Phi, Iota, was founded in Charlotte . 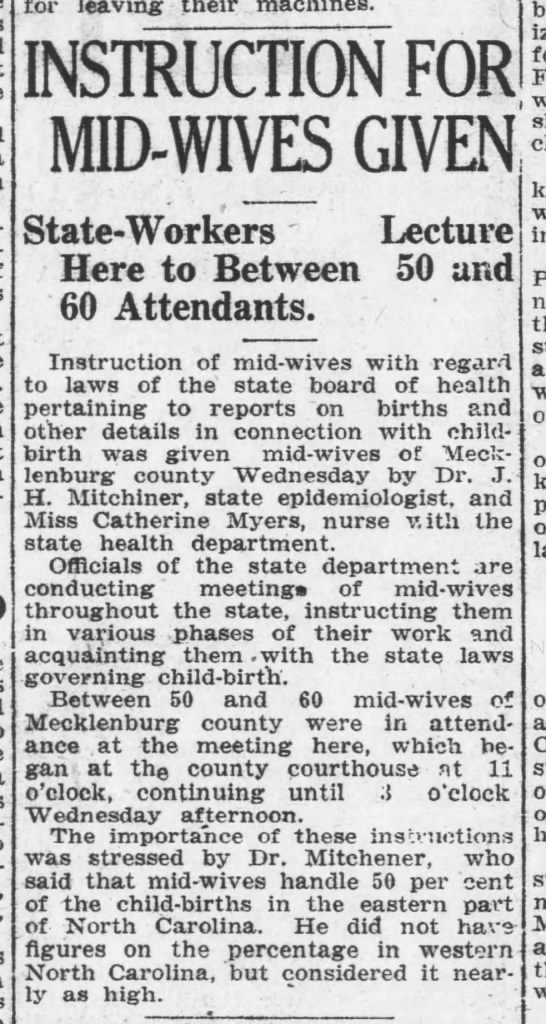 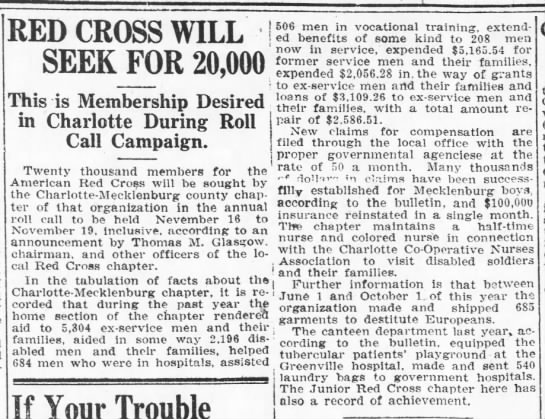 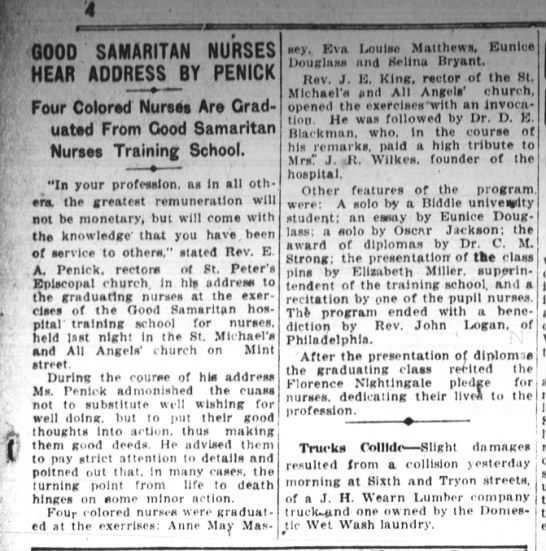 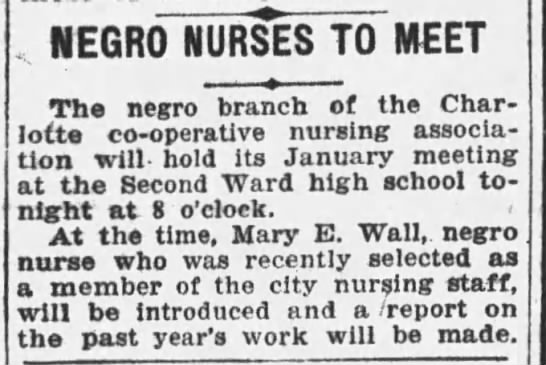 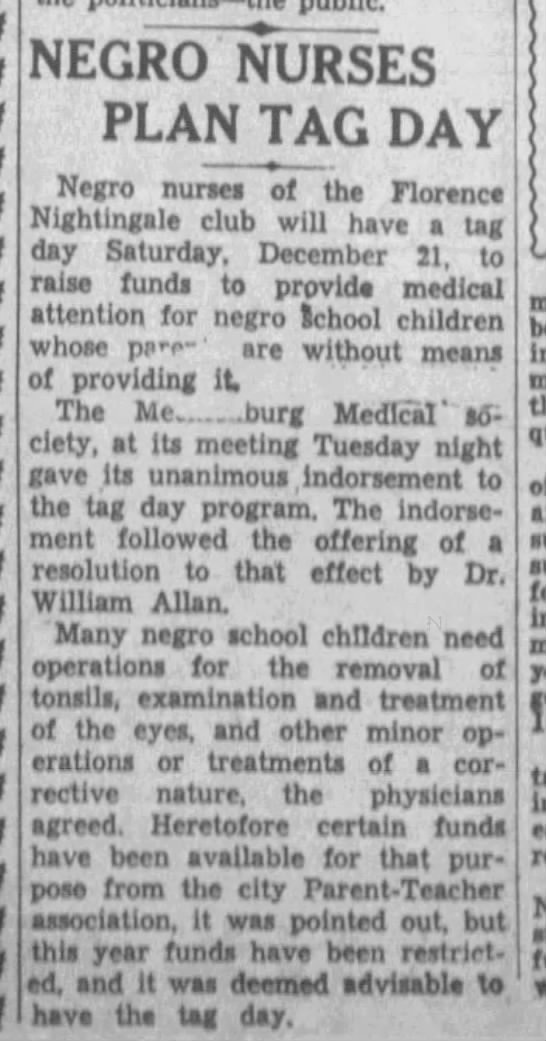 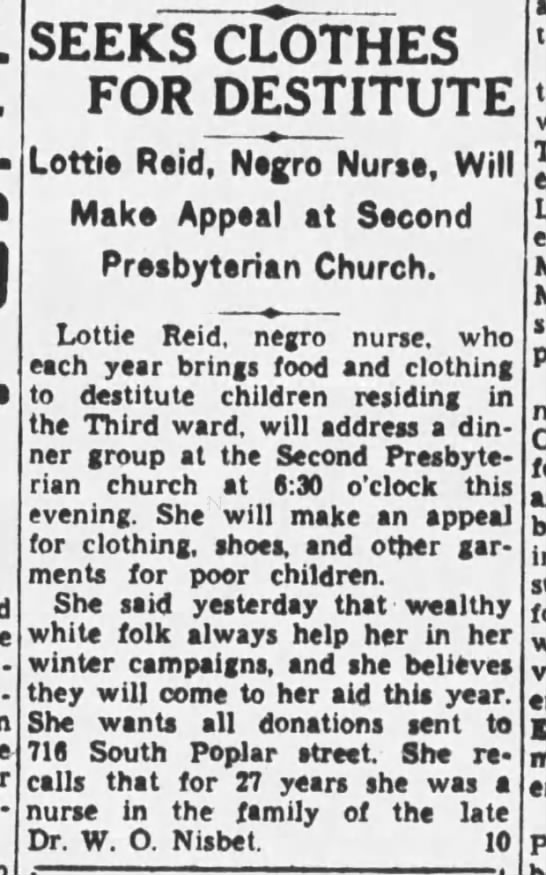 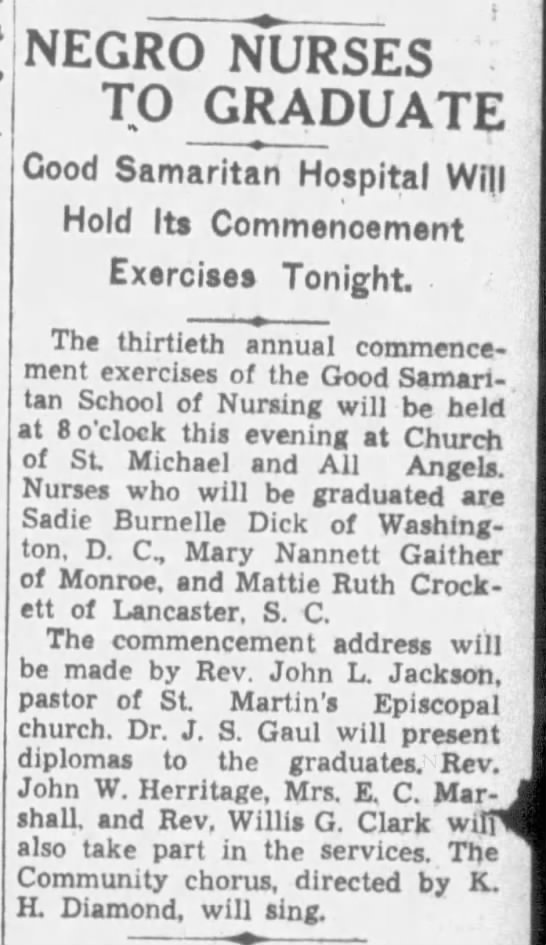 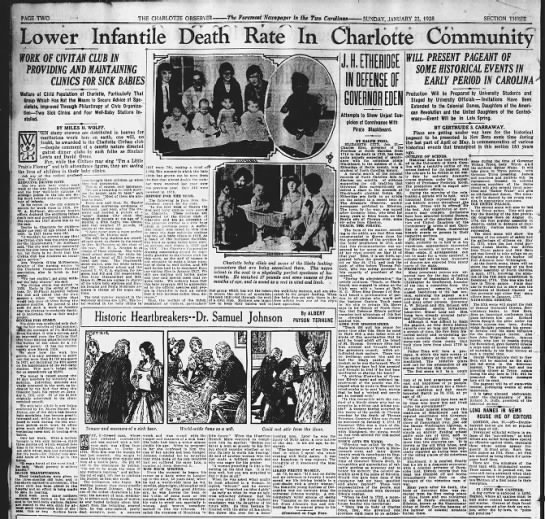 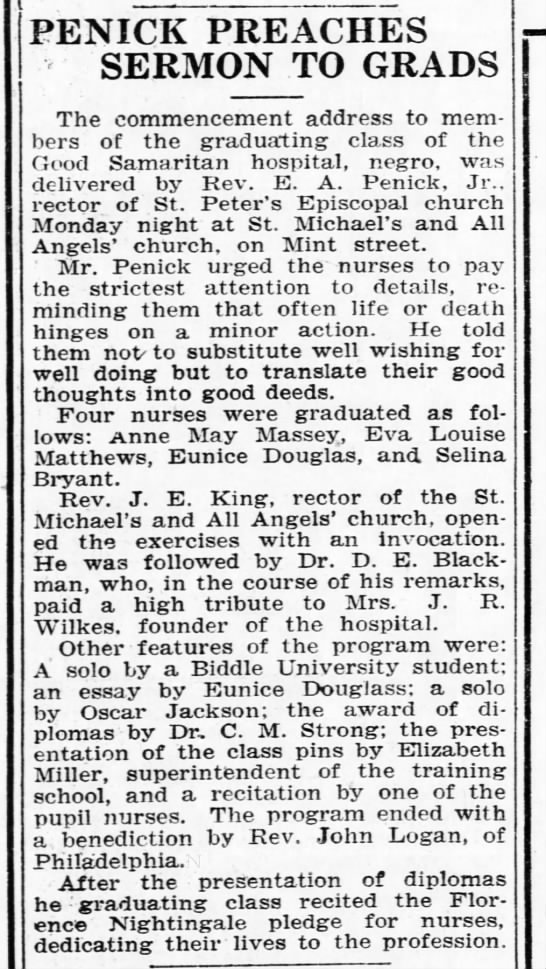 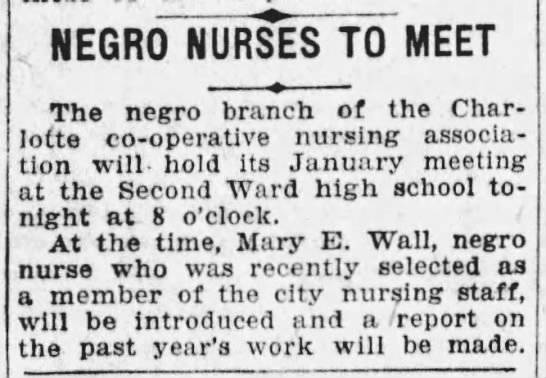 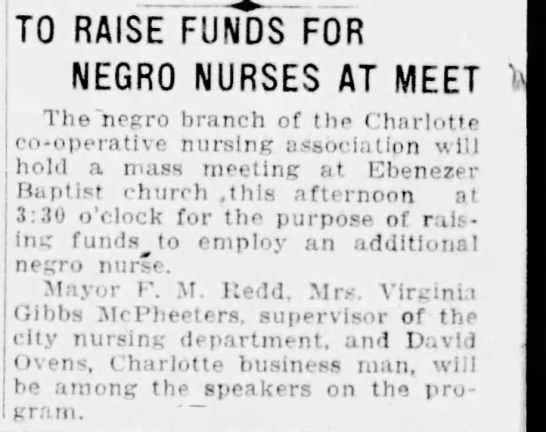