Learn more about the history of nursing in Guilford County

Photo and document collections about nursing from UNC-G 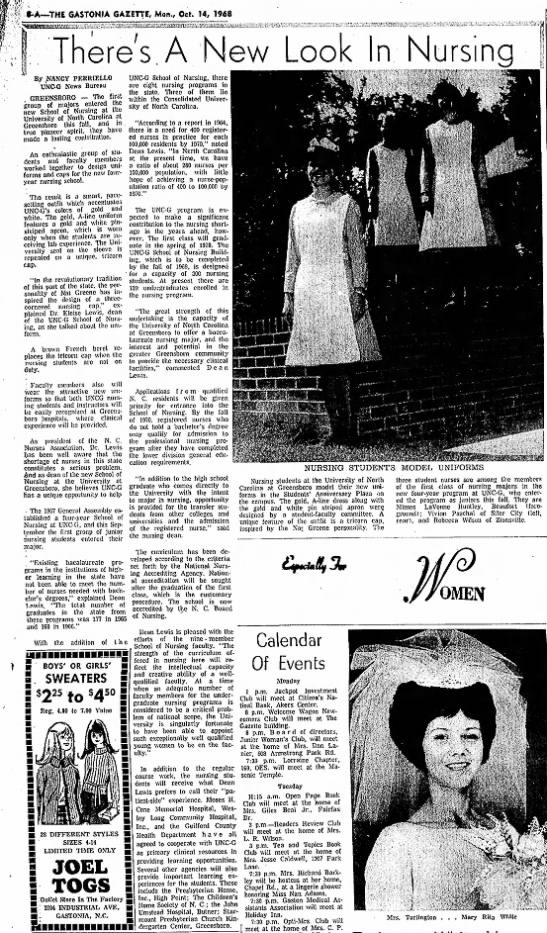 2LT Helen J Henley, 26--was assigned to the 803rd MAES. She was born in March 1920 and raised in Greensboro, NC. Helen attended Greensboro College and received her nurses training at St Leo's Hospital there. She volunteered for duty with the Army Nurse Corps in October 1943. Helen's first duty station was at Drew Field in Florida. Next she was sent to Will Rogers Field in Oklahoma City, OK. Helen visited her mother and three sisters in November 1944 before going overseas in December to the China-Burma-India theater of war. First she went to Karachi, then to Ledo in February. Helen volunteered to go on flight missions for emergency evacuation of the wounded. That's what she was doing this time also. The plane crashed only a mile from its take-off near Ledo on what was called the Stilwell Road. Helen's family was residing in New Castle, DE at the time of her death but returned to Greensboro after learning of her death. Her remains were returned to the family in May 1948 and they had her buried in the family plot in Greenhill Cemetery. Helen was survived by her mother Beulah Spencer and three sisters. Her father Edgar Henley had already passed away. 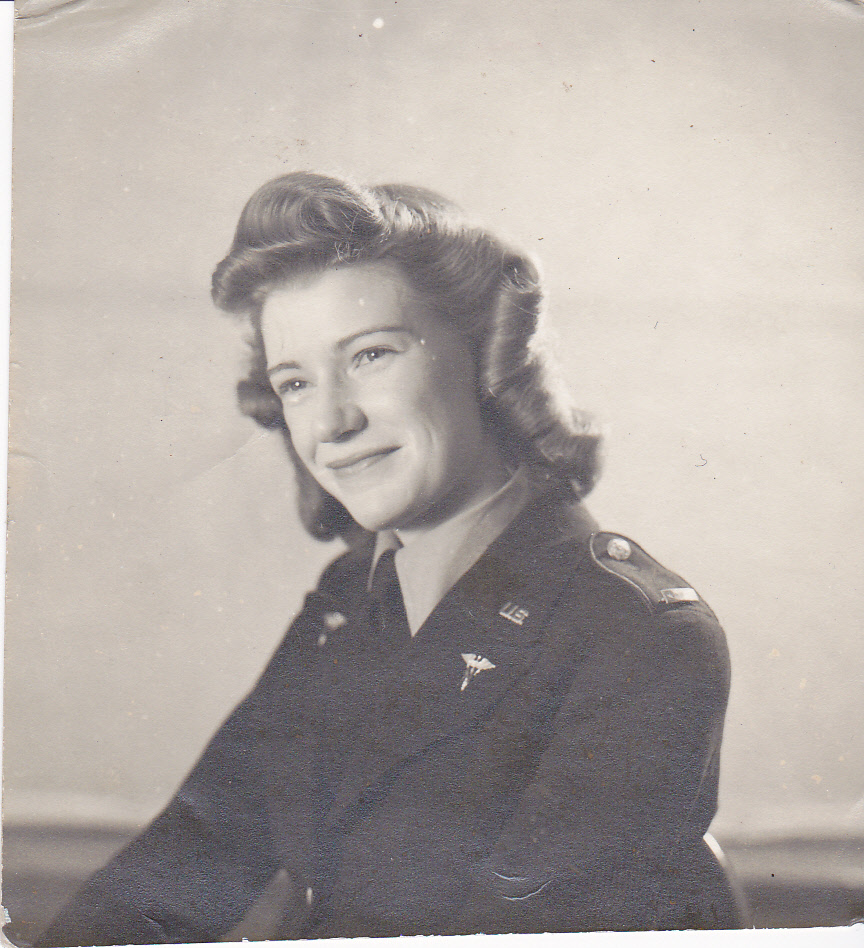 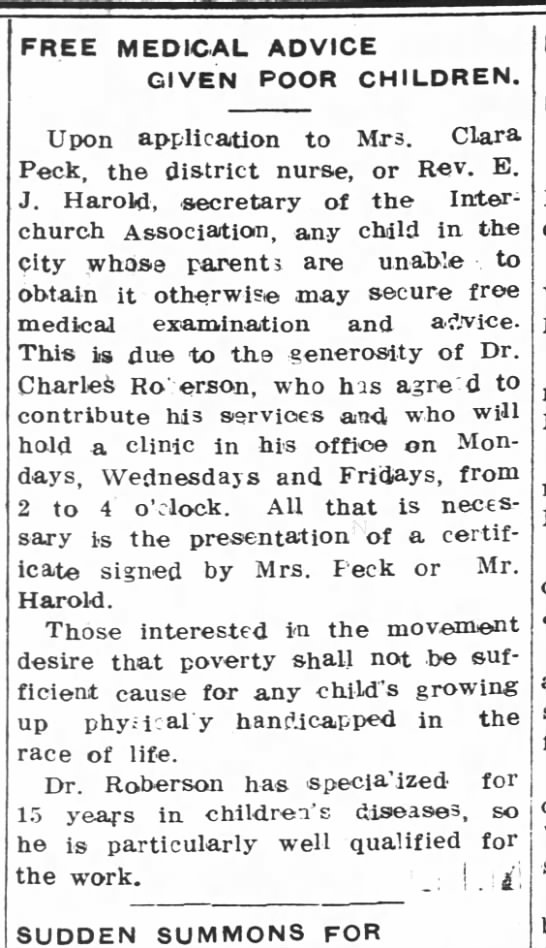 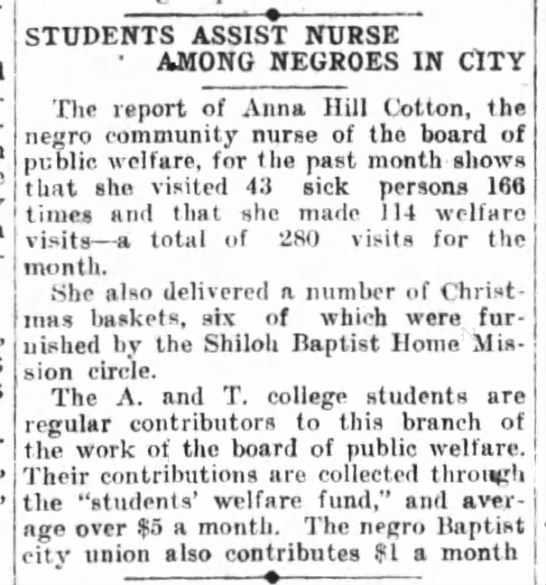 Agnes Louise Kellam, a Knoxville General Hospital School of Nursing graduate (class of 1947), member of the WWII Cadet Nursing Corps, and retired Army Colonel was born in Guilford County.  Her tenant-farmer parents were killed in a car wreck when Agnes was 7, and she was raised by an older sister.  Agnes has fascinating stories about why she wanted to be a nurse, how the Cadet Corps was a golden opportunity, and all she saw in her military nursing career around the globe.  She saved patients with tetanus and gas gangrene.

Geneva Collins Hunt - Mrs. Hunt was born in 1907 in Asheville.  In 1929 she graduated from the St. Agnes Hospital School of Nursing.  Later, she received a Rosenwald Scholarship to study hosptial administation at Johns Hopkins Hospital.  From 1935 to 1948 she was Director of Nursing at L.Richardson Hosptial. In 1949 she becme a 1rst Lt in the US Army Nurse Corps at Walter Reed Army Hospital in Washington, D.C and later was in supervisory positions in Norfolk, Philadelphia and Welfare Island, NY. 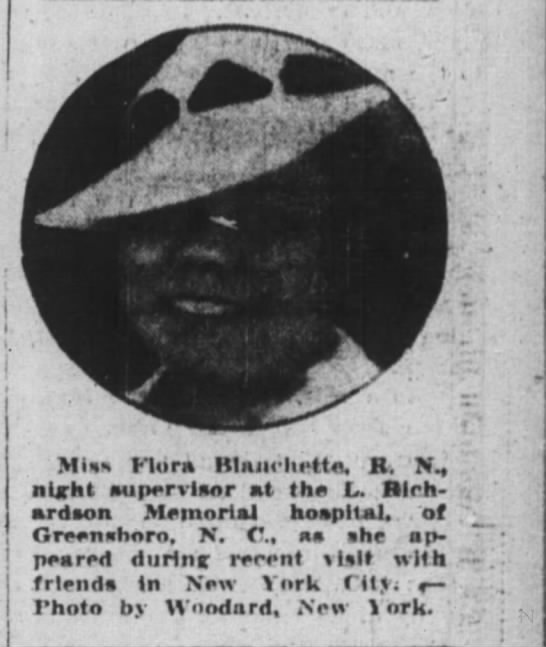 A Bennett College nurse assisting a student in 1939

Unpublished speech about the early nursing history of Guilford County given by Dr. Eloise Lewis found in the Guilford Co. Medical History Library.

1937 report of the Greensboro Nursing Council found in the NC State Archives.

1945 letter about industrial nurses in some textile plants in Greensboro.

African American Nurses living in the L. Richardson Hospital Nurses Home according to the 1930 US Census: 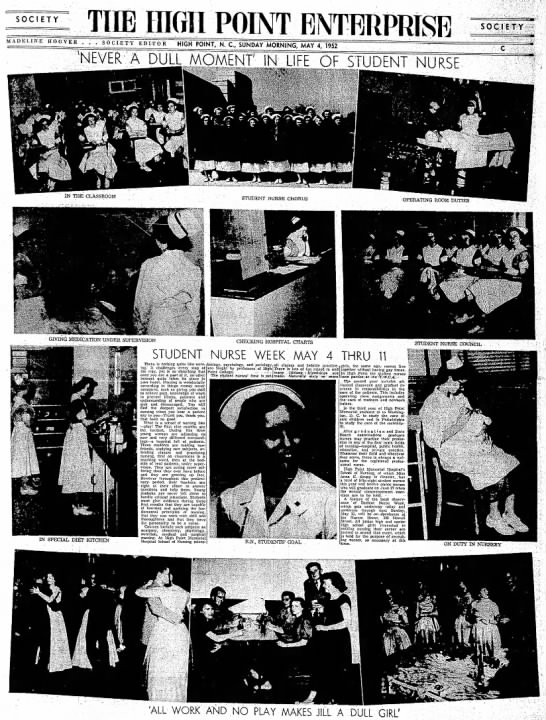 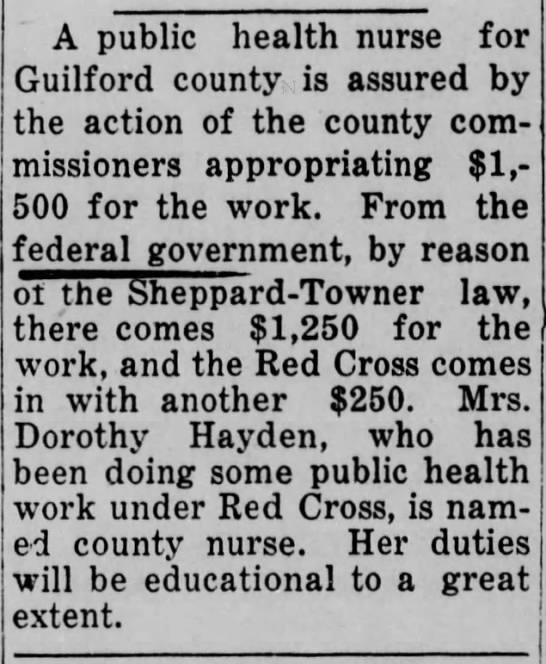 From the Greensboro Daily News 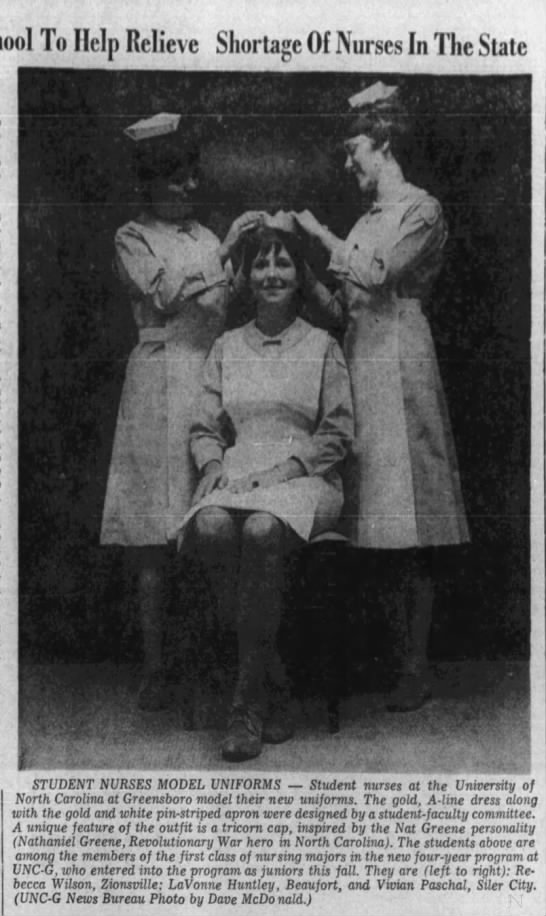 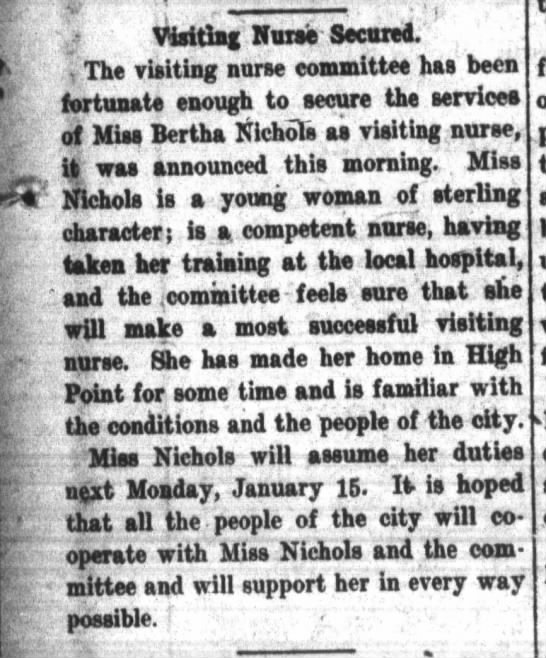 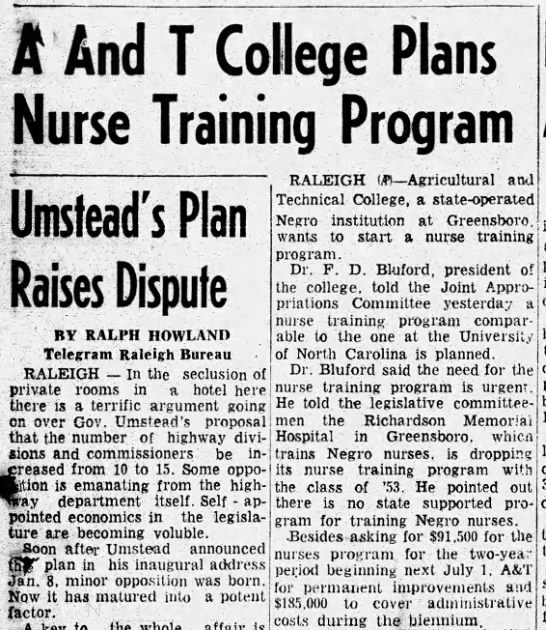 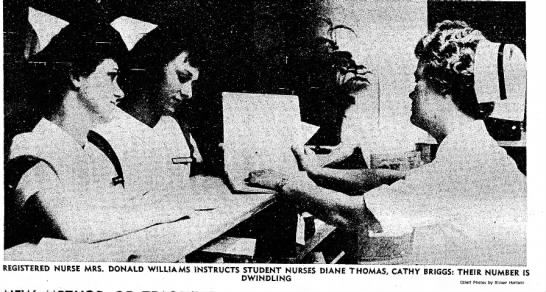