Learn more about the history of nursing Catawba County 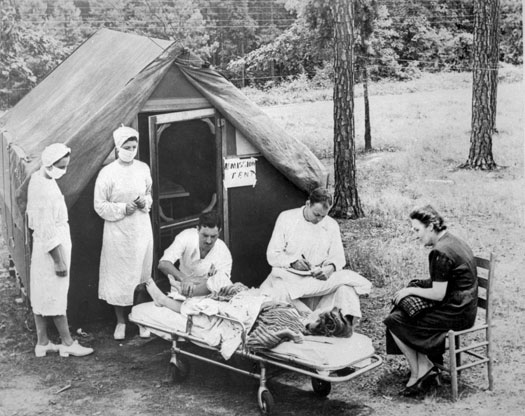 Nurses at the Emergency Polio Hospital in Hickory 1944.  See articles below about the "Miracle of Hickory"