Elder was born in 1927 in Lancaster, South Carolina. She was raised in Charlotte and attended West Charlotte High School. Elder attended Johnson C. Smith University, the US Cadet Nursing Program and the Lincoln Hospital School of Nursing in Durham, North Carolina. She went on to study pediatrics at Howard University's Freeman Hospital in Washington, D.C. Her area of interests included nursing, anatomy, chemistry and child development.[2]

Elder went to work at the African American Good Samaritan Hospital in Charlotte in 1948. That same year she married Wille Elder, a World War II veteran who ran a service station. They would later have two sons. She was certified as a public health nurse and worked with the Mecklenburg County Health Department until her retirement in 1989. When she started her nursing career, she was only allowed to treat African American patients or go to the homes of African Americans. The health department changed their policies in 1970 after the Charlotte Schools were desegregated. After that, Elder could treat anyone, even though she was subject to embarrassing remarks and comments while she was helping her patients.[2][3]

Pioneering nurse Thereasea “T.D.” Elder may be happiest when she is making a difference in someone’s life.

“I find joy every day in encouraging other people,” Elder says. “If it’s going to benefit somebody, I want to do it.”

It is a philosophy she has embraced for more than eight decades, both as a nurse and a community activist in Charlotte.

Even as a child, growing up in Charlotte’s Greenville area in the late 1920s, Elder dreamed of being a nurse and helping save lives.

Enrolling at Johnson C. Smith University, Elder enlisted in the U.S. Cadet Nursing program, an initiative of the U.S. Public Health Service to alleviate the World War II shortage of trained nurses. The largest and youngest group of uniformed women to serve their country, cadet nurses worked in civilian and military hospitals on the Home Front, and in public health clinics.

Following the war, she returned to Charlotte, where she became the first African American public health nurse in Mecklenburg County, serving both African-American and white patients in their homes.

In addition to investing herself in people, Elder invested in her northwest Mecklenburg County community, Rockwell Park, where she and her husband, Willie, built their home from the ground up. She successfully lobbied for water, sewer and paved roads for the community.

Elder officially retired in 1989, after nearly 50 years in nursing.  But retirement simply meant not wearing nurses’ attire as she worked to make life better for others. She participated in voter registration drives, worked with hospice, with teen pregnancy and the American Red Cross.

Several scholarships honor her lifetime of service, including one for Rockwell Park residents, one for nursing students and one from the National Association of Negro Business & Professional Women.

At age 86, Thereasea Elder (affectionately known as “T.D.”) is working hard to preserve history. She does it year-round.

The work gets even more interesting when she shares her own history-making steps in the field of nursing.

She speaks to various groups regularly. Elder recently spoke to members of the Norwest Chapter of AARP No. 5087 about integrating the public health nursing profession in Charlotte-Mecklenburg.

With the style of a Baptist minister, Elder shared a few of the challenges she encountered in working as a public health nurse with the Mecklenburg County Health Department from 1962 to 1989. She included scripture and Bible verses during her presentation.

During that meeting, Sarah Stevenson, 88, the first African-American female school board member, also shared her life story and historical contributions to Charlotte. Both women credited their faith with getting them through life’s challenges.

Elder was born and reared in Charlotte. Her birth name was Thereasea Delerine Clark. She grew up in the Greenville area of Charlotte and attended West Charlotte High School.

Over the course of several years, she attended Johnson C. Smith University, the U.S. Cadet Nursing Program and the Lincoln Hospital School of Nursing in Durham. She also studied pediatrics at Howard University’s Freeman Hospital in Washington, D.C.

After graduation she did further studies at UNC Chapel Hill, Livingstone College and JCSU again.

In 1948, Elder came back to Charlotte to work at Good Samaritan Hospital – the hospital for African-Americans in those days of segregation – and married her sweetheart, Willie Elder. He was a World War II veteran who worked with the Army Corps of Engineers. Later he ran a service station.

Together, they built their home from the ground up in the Derita area. They had two sons who are now engineers. One lives in Charlotte and the other in Michigan. Elder is also the grandmother of three children and great-grandmother of three.

After being certified as a public health nurse, Elder worked at the Mecklenburg County Health Department until she retired in 1989. When she started, she could go only to African-American homes and schools.

“When schools integrated in the 1970s,” Elder said, “the health department changed their policies, and African-American nurses could treat everyone.”

She candidly tells stories of challenges she faced.

“Oh, we had a hard time. They sent us to KKK territory near the airport, but we were determined to do our jobs,” she said.

Elder told the group how some patients in Mecklenburg County would remove their addresses to make it harder for African-American nurses to visit their homes. The nurses provided medical treatment to patients even as they were called derogatory names.

“There were some patients who even placed guns nearby while being treated,” said Elder.

She said her faith and trust in God got her through every step of her life. She has always been active in Second Calvary Baptist Church (her dad was the first deacon there). Elder still serves on the church’s Missionary Ministry and Community Development Corp.

Throughout her life she has been involved in a wide range of organizations and causes. She has too many awards and affiliations to list.

Since 1977, Elder has been a member of the Negro Women’s Business and Professional Association. As a charter member of the local chapter, she founded its Hall of Fame to honor women in the Charlotte-Mecklenburg community.

“Each recipient honored must contribute a notebook of their life,” she said. “Most people have not compiled a history of their life to pass on to the next generation.”

She started keeping notebooks of her life when her first grandson was born. “He is about 35 years old now. I noticed that too many women were accomplishing a lot in life … and their family was not fully aware of their contributions.”

She said she started the Greenville Historical Society too many years ago to remember. In 2000, Elder founded the Charlotte Mecklenburg Black Heritage Committee because she believed knowing your history and passing it on is very important.

Elder is also a charter member of the National Museum of African-American History and Culture.

“I’d like to start a society here in Charlotte, so that we can take a bus to Washington, D.C., in 2015, when the museum opens,” she said.

The Park and Recreation Department created a park in her Rockwell Park neighborhood in honor of her. The Thereasea Clark Elder Neighborhood Park is at 6315 Rockwell Church Road.

Elder exhibits the traits of a servant leader. She also has an indefatigable passion to preserve history. It’s one thing to read about history, but hearing the stories directly from the people who made history has a lasting impact.

A county park is named in her honor: 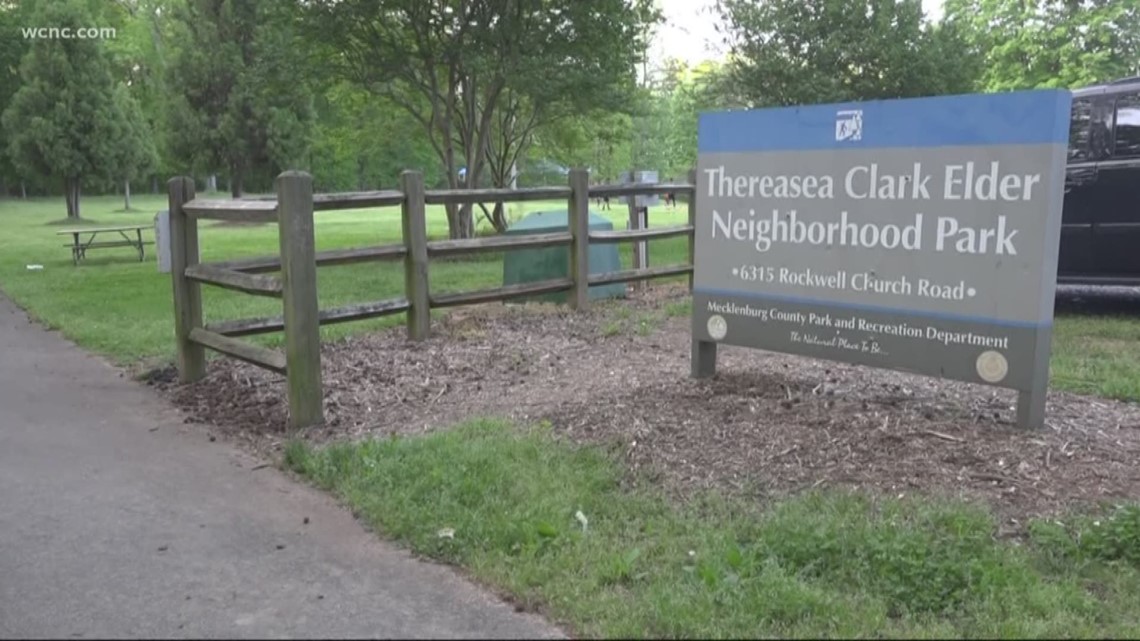