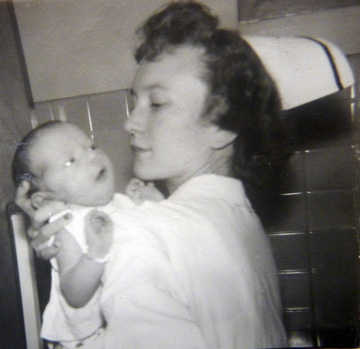 Original available from The Independent Tribune

CONCORD, N.C. -- Before there were pagers or cell phones, obstetric nurse Nancy Burrage and other nurses would hang a sheet out a window at Cannon Memorial Hospital to let doctors who were golfing next door know it was time to deliver a baby.

Burrage, 83, has worked for what is now CMC-NorthEast for 62 years. She’s seen every name change and nearly every major change the hospital has gone through over the years.

As the hospital celebrates its 75th anniversary this year, she sometimes gets stopped for a photo with a younger employee or asked to tell stories she remembers from the earlier days.

The late nurse Louise Harkey, for whom the school was later named, taught the classes.

“We were given the basics of patient care and we started working on the floor doing baths and changing sheets,” Burrage said. 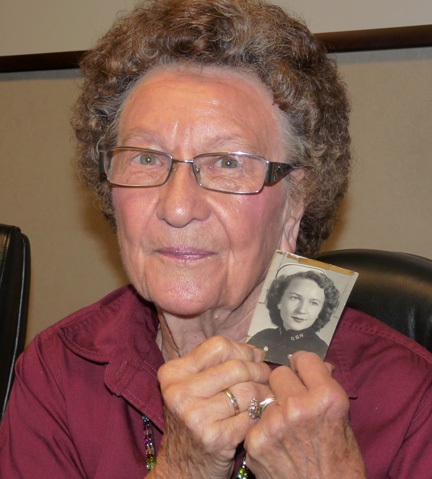 Burrage started on Jan. 1, 1950. She worked as a surgical nurse and then moved to obstetrics and the nursery, helping for the next five decades to care for mothers and newborn babies.

“There have been a lot of changes since then,” she said. “It would really be hard to say what the biggest one was.”

After all, she was there when they turned on the air conditioning for the first time – Sept. 1, 1959. She remembers when the wall in the cafeteria separating black and white people was torn down and the hospital was integrated. That was in 1965. And she remembers the first year nurses were allowed to wear pants to work. That was 1975.

Burrage, a 1946 graduate of Concord High School, married Frank Burrage in November 1952. They later had one son, Franklin “Blair” Burrage.

Burrage said she signed up for a six-month maternity leave, but couldn’t stay away that long.

“They started calling me when he was six weeks old to come back and work part-time and I did,” she said.

Burrage was promoted to a nursing supervisor position overseeing nurses in labor and delivery. She stayed in that position until her retirement from nursing in 1994. But she wasn’t ready to quit completely and went to work in registration.

“I delivered a baby in the parking lot one time after I’d retired and was working in registration,” Burrage said.

“I hadn’t been there for long and one week this lady and her folks came in and they said this lady was having a baby back in the car,” Burrage said. “Sure enough, she was.”

Recently, Burrage strolled down to the hospital history wall, which was dedicated on May 10 to honor the hospital’s 75 years. A picture of Burrage as a young nurse is featured prominently on the wall. As she walks, doctors and nurses and other employees wave hello.

“Sometimes I’m late for work and I say, “Well, you know where I was,’” she said.

Everyone seems to want to chat with her or to say hello.

Some mistakenly think she’s a volunteer, but she says, “I’ve been a paid employee the whole time.”

And after seeing 62 years of the hospital’s history unfold firsthand, Burrage said she’s not done yet.

“I’ll just keep coming here because I enjoy it,” she said.