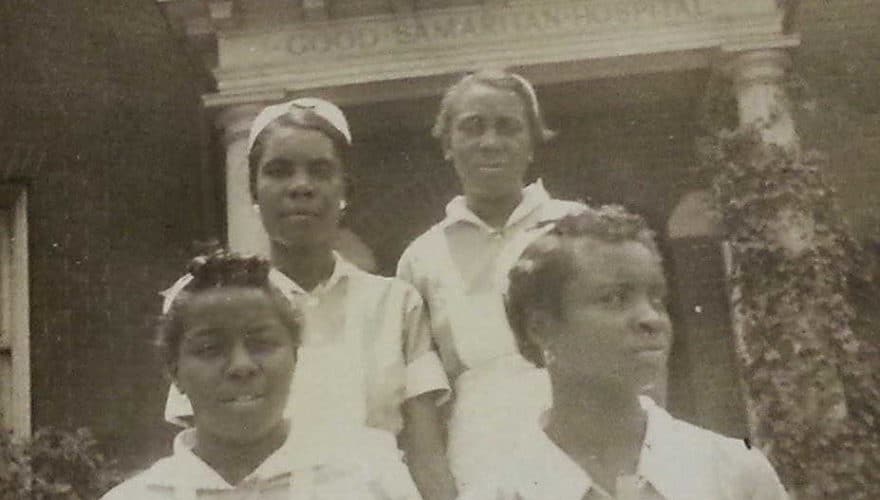 For decades, Charlotte's Good Sam Hospital provided care to the African American community. While loved for it's role in the community, many knew there was better facilities to be had.

When Charlotte’s Good Samaritan Hospital was built in 1891, no one wanted to go.

“Everybody went over there died,” said Thereasea Clark Elder, 92, a former public health nurse who worked at Good Samaritan for 14 years. “When I was young I used to see people in the community caring for the sick, they didn’t go to the hospital.”

As North Carolina’s first private hospital for African-Americans, Good Samaritan served its patients through the Jim Crow era, but as Charlotte’s other institutions integrated, Good Sam’s fortunes declined. Even though the institution is gone, some of the problems of discrimination and disparity that Good Sam addressed persist in medicine today.

“There was nothing really like that in the state and very few places like it in the country at the time,” said Brandon Lunsford, archivist for Johnson C. Smith University, a historically black university located in the Biddleville neighborhood of Charlotte.

A Timeline of Good Samaritan 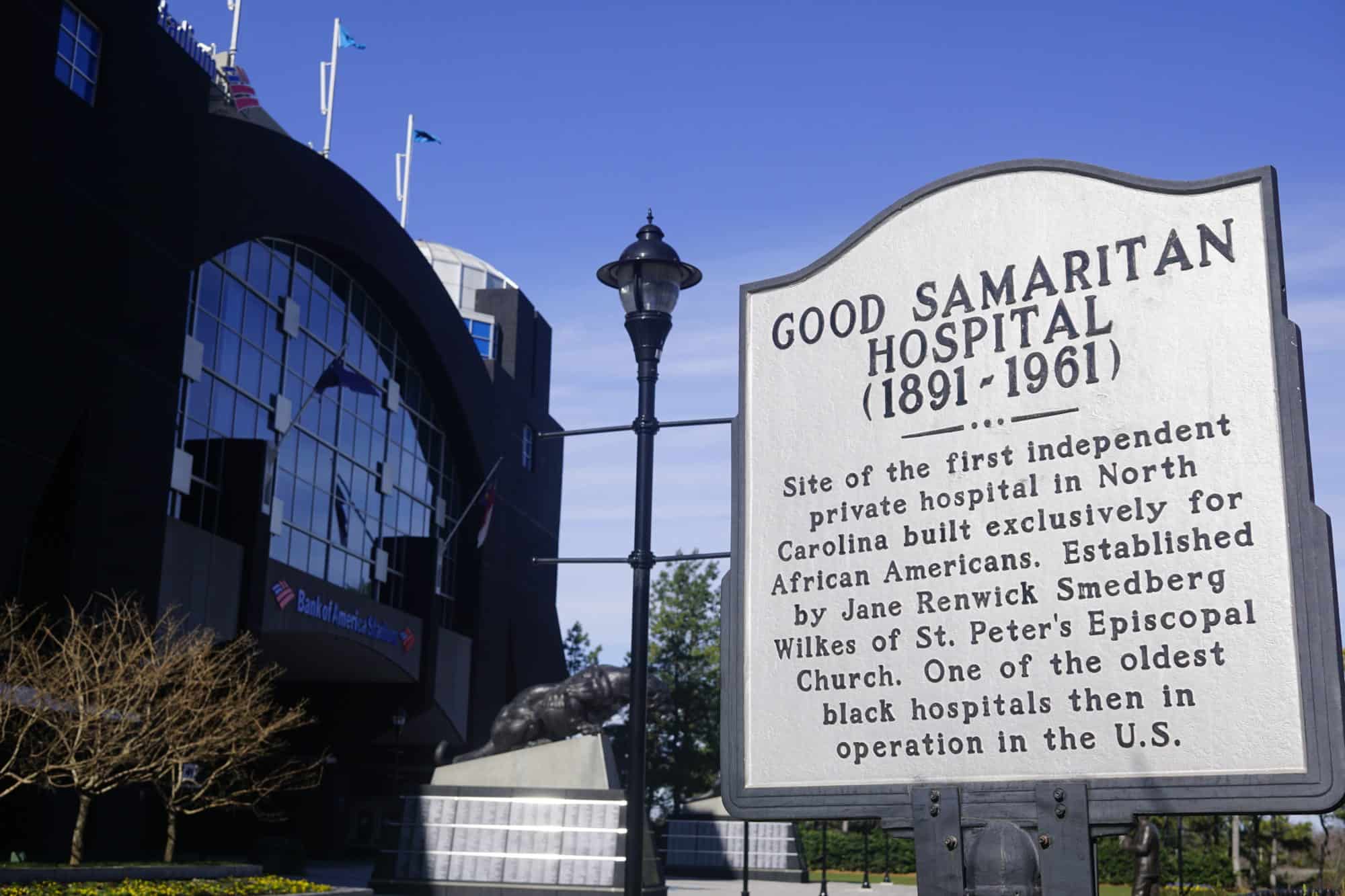 A historical marker outside the Bank of America stadium indicates the site where Good Samaritan Hospital once stood. Photo credit: Yen Duong

•    1913: Charlotte’s first documented lynching occurs when an angry white mob wrestles Joe McNeely out of his hospital bed and shoots him in the street.
•    1961: The hospital is sold to the city and opens as Charlotte Community Hospital.
•    1982: The hospital closes and is renovated into Magnolias Rest Home,
•    1996: The building is demolished to build Bank of America stadium.

These events compiled from articles from Charlotte Museum of History and Journal of the National Medical Association.

Good Samaritan was built during a time of great change in American history. After the Civil War, people started seeing the value of hospitals, said Charlotte historian Tom Hanchett.

“Pretty remarkably, she and [others] say, ‘You know, just having a hospital for white people, which is what St. Peter’s was, is not enough.’ We need to have hospital option for all of our citizens,” Hanchett recounted. 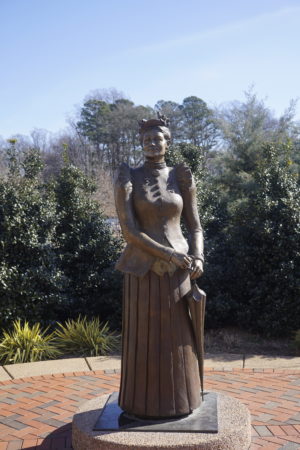 Today, a statue of Wilkes looks over Carolinas Medical Center, which traces its roots to St. Peter’s and Good Samaritan.]

The result of Wilkes’ efforts, Good Samaritan, was one of the first private hospitals in the country for African-Americans. Saint Agnes Hospital, built on the campus of St. Augustine’s College in Raleigh, followed in 1896 and the Duke family financed the building of Lincoln Hospital in Durham in 1901.

“The south was really moving closer toward setting up separate facilities for everything, segregation in education, health care [and] so forth,” said historian Willie J. Griffin of the Levine Museum of the New South. “[Good Sam] was part of a larger black hospital movement that was sweeping across the south in the 1880s.”

But by the time Elder got a job as a Good Samaritan nurse in 1948, people were starting to pay attention to the disparities in health outcomes for African-Americans. For instance, Elder talked about addressing the high rate of prostate cancer in the community, which at the time was thought to be related to diet.

“I was going around talking to all of our churches in the community about they diet and what they were supposed to be eating,” Elder said. “They’d say ‘That man, he won’t eat them greens unless he got that fatback,’ and I would tell them, ‘You killin’ him.’ [..] That was the only way I could get through to them.”

During her 14 years at Good Samaritan, the nurses had no orderlies or other staff because of persistent underfunding, she said.

“The opening of Good Samaritan coincides with this era when at least some people think that perhaps separate can be equal,” Hanchett said. “And in the 1950s and 1960s, it is becoming achingly clear that it [can] not.”

Shutting down Good Samaritan became a goal for leaders in the African-American community, Hanchett said. “Having everyone use the same facilities, having every doctor have the same access to all of the diagnostic and cure tools is a really good thing.”

In 1961, the hospital was sold to the city for $1 and became Charlotte Community Hospital, an integrated hospital associated with Charlotte Memorial Hospital.

After she finished her public health certificate and left the hospital in 1962, Elder joined the Mecklenburg County Health Department as one of its first African-American public health nurses. 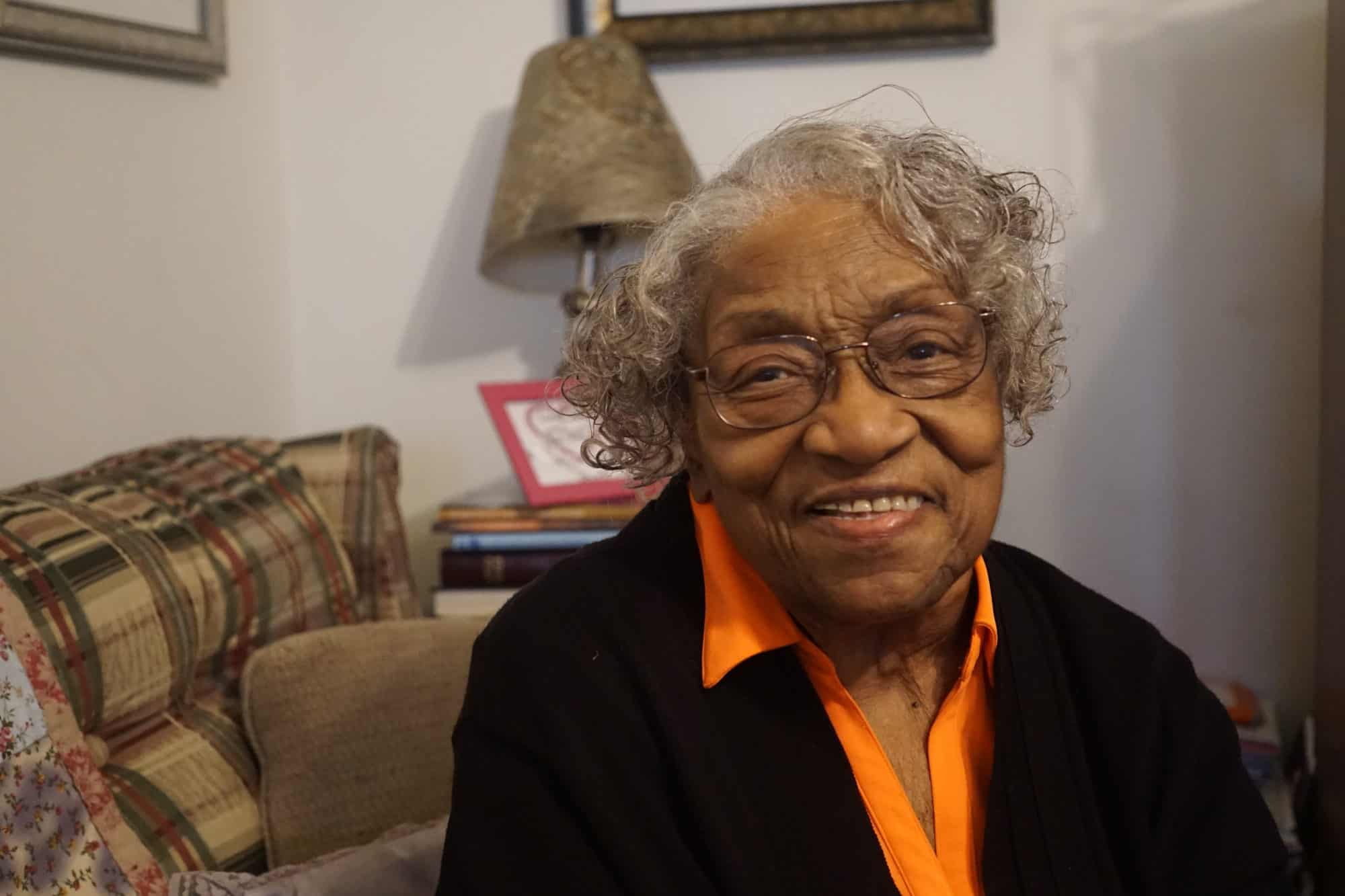 After the schools integrated in 1970, the health department was under the threat of losing federal funding if it didn’t integrate, Elder said. Health department managers assigned Elder to “Klan territory,” where residents removed their house numbers so she couldn’t find them, she said.

“They didn’t want integration either,” Elder said. “That’s why they put me there; they thought I couldn’t take it.”

Her manager at the health department told her to visit the “beer pub” to find out where her patients lived, Elder said.

After finding that first patient’s house, Elder had to walk under a Confederate flag hanging from the ceiling to get to the patient, who was armed with a gun and knife while lying in bed, Elder said.

But Elder got the last word.

“After I went there a couple of times, she called the health department and told them ‘Don’t send no more of them damn white nurses; if you got any more black ones, send ‘em.’”

“A black hospital was part of a larger movement by African-Americans to get recognized by society in general,” Lunsford said. “Especially around here, a lot of political power was held by black doctors and dentists and it was a path for them to become middle class families and have nice homes in nice neighborhoods and be socially recognized.” 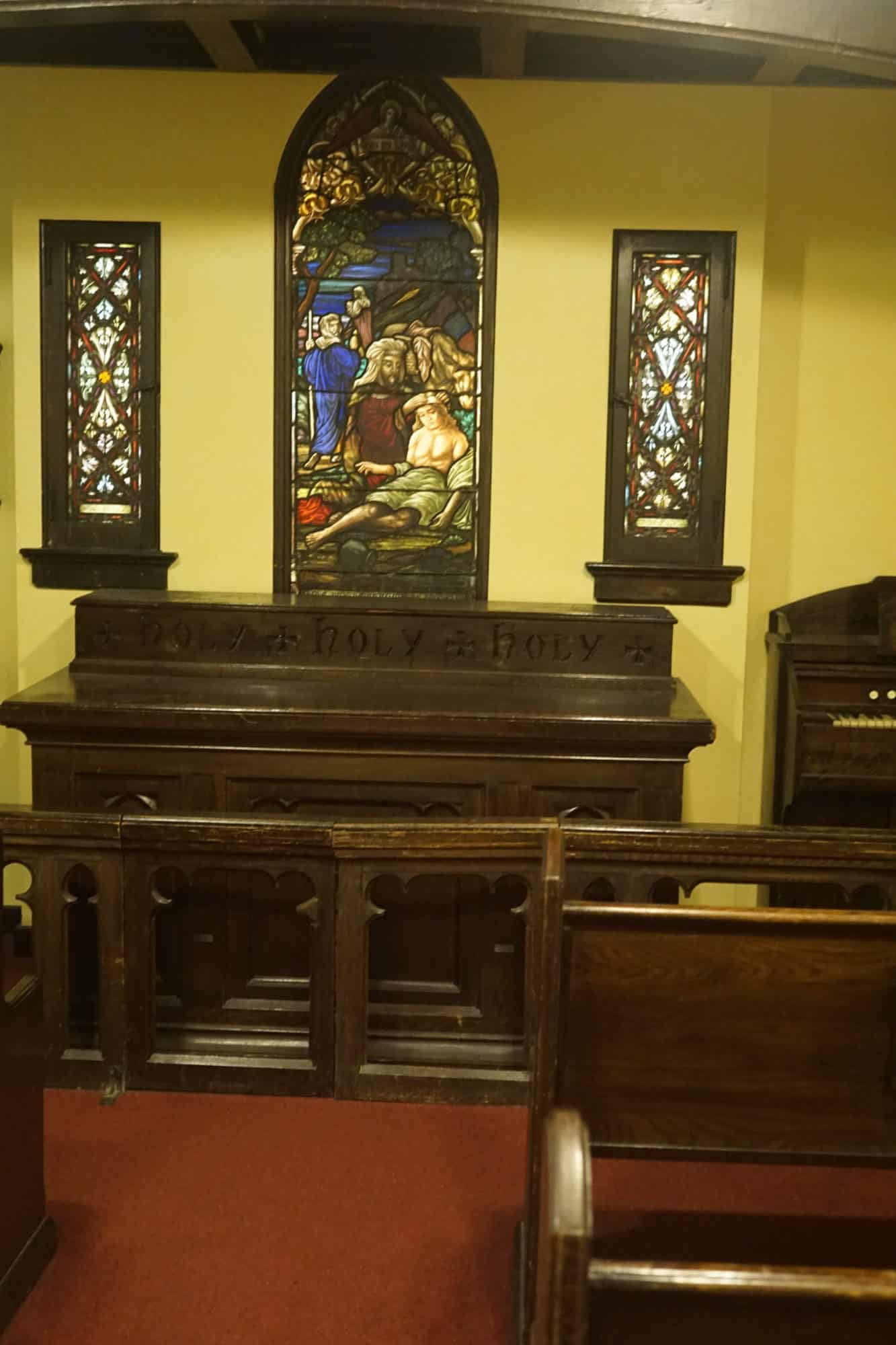 The chapel from Good Samaritan Hospital was is on permanent display inside the Levine Museum of the New South in Charlotte. Photo credit: Yen Duong

Dr. Reginald Hawkins, who integrated Carolinas Medical Center and escorted Dorothy Counts when she integrated Charlotte-Mecklenburg schools in 1957, was an example of that phenomenon, Hanchett, the Charlotte historian, said. Hawkins worked with then-mayor Stan Brookshire to integrate public spaces in Charlotte in 1963.

“Charlotte desegregated at the same moment that Birmingham was calling out the police dogs and the fire hoses,” Hanchett said. “At that point, Charlotte steps forward as a city that was going to handle racial change […] in a productive way as opposed to mass resistance.”

“Compared to a lot of Southern cities, [Charlotte] has been more productive in the way it’s handled all sorts of issues of racism and inequality,” he argued.

Today, Hanchett said that Good Samaritan and the leadership that came from it “continues to pay all sorts of dividends.”

Around the same time that Good Sam was built for African American patients, African American physicians, who were not permitted to join the American Medical Association, formed the Old North State Medical Society, said Dr. John Woodyear, president of the ONSMS.

Even though Charlotteans have seen themselves as more “productive” in addressing race, Woodyear recounts that the disparities that marked the end of Good Sam continue to persist. 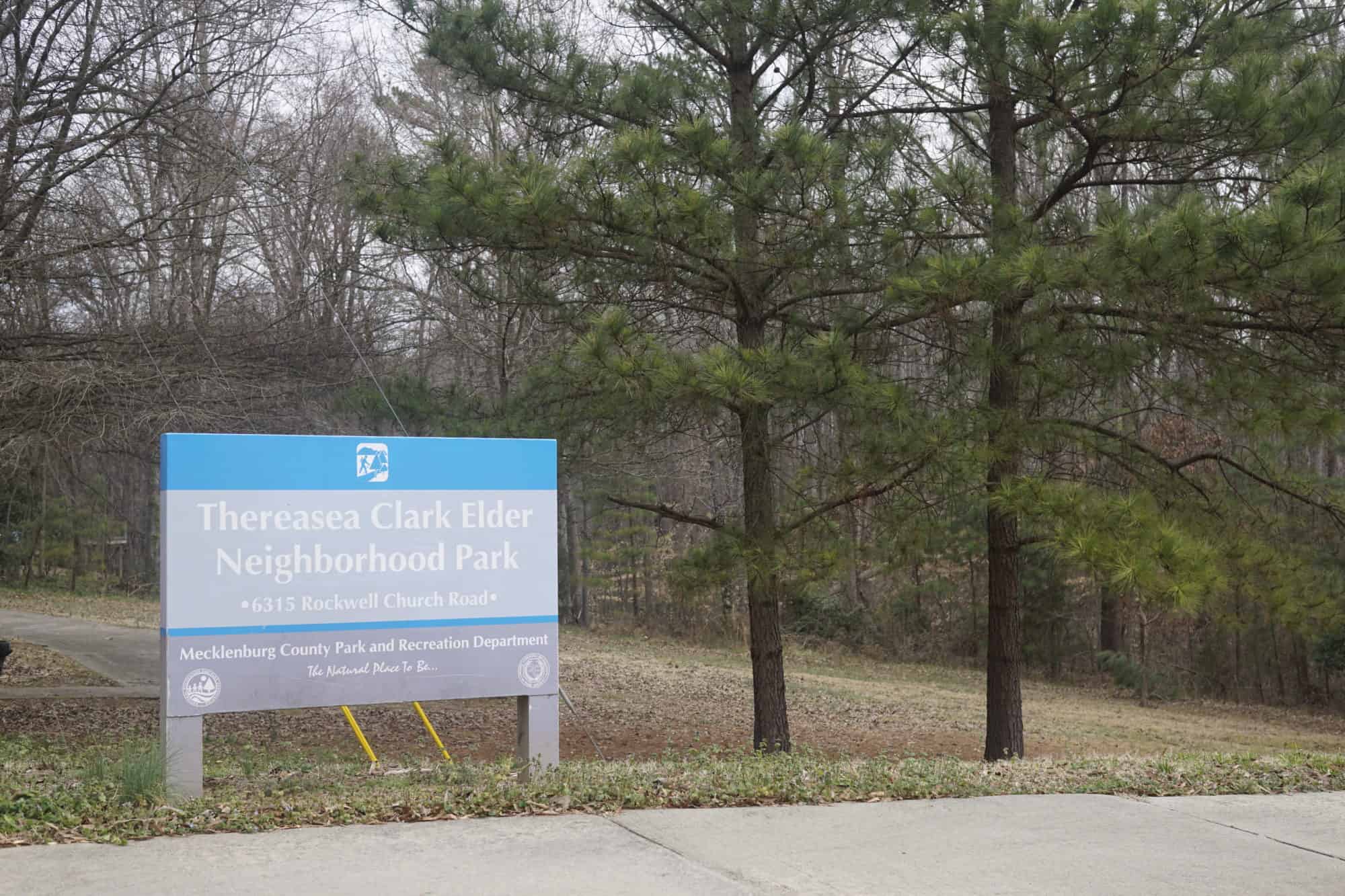 For instance, when Woodyear moved to North Carolina from Pittsburgh in 1995, he interviewed over the phone with a medical practice in Raleigh. He said he doesn’t have “the very distinctive speaking pattern for a member of a minority group,” so the interviewing doctors didn’t know he was black before the call.

Woodyear had asked about race relations in the South, and the doctors assured him “’this is a much more enlightened civilization where we’re far beyond that’,” he said.

That was when he told them he was black.

“And there was a long pause.” Woodyear waited a beat before going on. “And I said, No, you don’t need to say anymore. I understand and I said it’s been nice talking to you.

“This group was not willing to entertain a qualified board-certified family doctor; they didn’t want to meet me or interview me or know anything [besides] that I was not one of them.”

Charlotte has been found to have some of the lowest rates of social mobility in the country, and even today, providers and patients still face discrimination, said Levine Museum historian Griffin, whose mother was born at Good Samaritan.

“Because of this long history of racism, black women and black people in general have not trusted health care professionals, especially if they don’t look like them,” Griffin said. “There hasn’t been a lot of black doctors to provide this access.