Photos are a rich source for historical context, adding a depth to understanding the social forces of each era in North Carolina. This page is currently under construction; it will offer photo exhibits based on significant historical periods, ethnic groups, nursing practice areas, nursing education, and military service.

There are over 7,000 images of NC nurses on the Digital NC website

Many county and biography links on this website have photos: 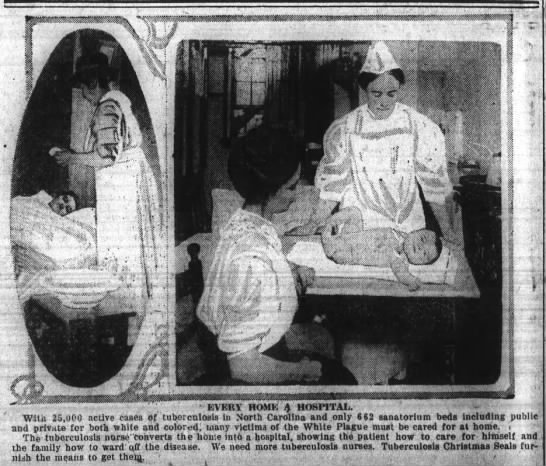 During a 1944 polio outbreak throughout North Carolina, the Emergency Infantile Paralysis Hospital was established in Hickory in response to the urgent need for patient care.  The hospital, commonly called the "Miracle of Hickory," operated until the spring of 1945, treating over 500 patients.  Both Hickory and the hospital received national attention, including a July 1944 feature in Life magazine.  To read more about the role of NC nurses during the 1940's polio epidemics, click here.  To read about the experiences of Frances Allen, RN in the hospital, click here.

The pictures in this series were graciously provided by the family of Catherine Crowell Hester, RN, who documented her time at the hospital and provided valuable insight into the dedication of the nurses and staff at the "Miracle of Hickory".  If you or someone you know worked or received treatment at the hospital and would like information on any pictures, please contact Dr. Phoebe Pollitt at pollittpa@appstate.edu

Photo Collections at Other Institutions:

Some photos of NC nurses in national nursing jounrals 1949-1963

Note: Among several nurses of note, there are photographs of Madelon "Glory" Battle Hancock (see Biographies tab  on this website).

Videos from other sources:

Dorothea Dix School of Nursing Related Papers, 1905 - 1951 - The Dorothea Dix School of Nursing opened in 1902 and trained nurses through World War II, becoming a member of the U.S. Cadet Nurse Corps. After the last graduating class of 1949, the school still offered an affiliation in psychiatric nursing to students who had completed 21 months of basic nursing course from approved schools of nursing, until 1951. The bulk of this collection consists of photographs of nursing school graduating classes, covering 1930 to 1948, and including the Cadet Class of 1944. Other materials include publications, The Dorothea Dix School of Nursing, 1947, and Dixiana, 1951, and general records of the school. (1 manuscript box)

Description of photographs found in the High Point Public Library. 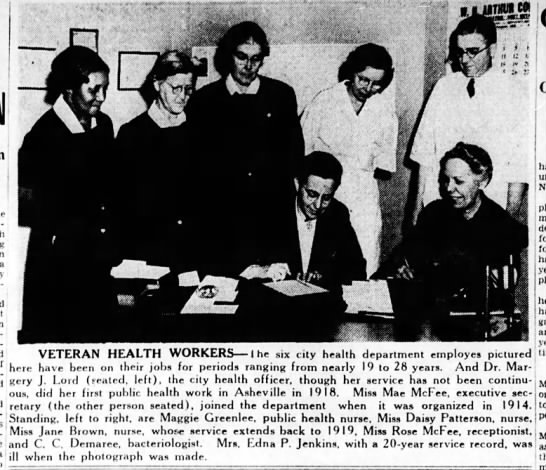